by Kate Harveston: School administrators who replace recess time in order to spend more time prepping for standardized tests may want to consider the impact lack of outdoor play… time has on children’s mental health. An extensive study performed by the Aarhus University in Denmark reveals that the more time kids spend playing in nature, the lower their chances are of developing mental health disorders. Given that researchers followed a huge number of Danish citizens over decades, their evidence is compelling.

Scientists have long known that allowing children time for unstructured play helps them to develop socially and emotionally. They’ve also known that getting out in nature benefits those suffering from various physical and mental disorders. But what the Danish research unearthed gives society a way to prevent mental illness before it occurs simply by spending time hiking mountains or swimming in the lake with the little ones.

Key Findings of the Study

The sheer number of research subjects, a million Danish citizens, lends veracity to the study’s findings. Additionally, the research spanned over a 30-year period, making it one of the longest research studies performed to date [1]. Researchers discovered that children who spent time in nature on a regular basis decreased their chances of developing mental health woes by a staggering 55 percent [2].

Given the enormity of the study pool, researchers were able to account for other factors that may influence children’s future happiness, such as socio-economic levels that could likewise impact future mental health for better or worse. Whether the kids studied were paupers or richer than princes, the evidence remained solid: Time in nature slashed the risk of later developing anxiety, depression and other mental disorders.

The study holds important ramifications for society. Our ever-connected technological world means that kids today spend far less time playing outside and more time inside playing video and computer games. One study indicated that children today play outdoors only half as much as their parents did.

Clearly, children require more time outdoors than they currently get. These findings mean parents and school officials alike need to implement change. To raise more mentally healthy kids, they need to get the youngsters out and moving. Parents can plan more family activities outdoors, for instance. Simply taking the little ones on a weekly picnic in the park provides them opportunities for unstructured play and fresh air. Adults can likewise take the lead and challenge their kids to participate in more structured outdoor fun [4].

The Change From Constant Technology

When it comes to children addicted to technology who prefer playing Minecraft over duck-duck-goose or tag, parents may need to get a bit creative to get them out the door without a tearful tantrum. Set limits on screen time by specifying a certain time for playing online games, and create a no-electronics-in-the-bedroom policy [5]. This rule will cut down on their online time and help them sleep more soundly, as exposure to the blue under-glow on many device screens can cause insomnia.

Parents who feel their child displays the initial signs of a mental disorder can sometimes head it off at the pass by using nature as a therapist [6]. While some children do develop such disorders due to chemical imbalances that require medications for improvement, others may find that walking around the block is enough to boost their mood.

School officials can institute longer, not shorter, recess periods to help children get out and moving. Many youths, especially those in single-parent households, lack sufficient time after the bell rings to get outdoors when parents work late hours and require them to stay indoors for safety reasons. Including more recess time may help improve standardized test scores, as children need mental downtime between completing challenging mental tasks just as adults do.

Schools can also help students get out and moving by scheduling outdoor field trips where kids learn about nature through various activities [8]. Even if a school is located in an urban area, trips to local parks and museum grounds can increase environmental awareness while getting kids out in the sun.

What Is It About Nature That Heals?

Mother Nature soothes the souls of young and old alike, but what is it about getting outdoors that provides a mood boost? Scientists have proposed several theories as to why spending time in nature helps alleviate mental illness and relieves stress.

One theory revolves around the concept of directed attention. Directed attention refers to the ability urban dwellers must develop in order to focus in an environment loaded with external stimuli. Constantly focusing attention when distractions abound — like malign little elves intent on creating a racket — exhausts the human brain. Uninterrupted time in the natural world, on the other hand, gives the mind the rest it needs [9].

Research also indicates that spending time in nature heals the physical body. Hospital patients with a view of lovely greenery from their windows heal more quickly after surgery. Prison inmates allowed a view of the outdoors or time outside in a secure outdoor rec area exhibited less stress despite their incarceration.

Another theory suggests that spending time in nature heals by allowing children and adults to develop mindfulness and awareness of the present moment. Time outdoors, especially solitary hiking for teens old enough to go out on their own, creates the perfect conditions for drawing the attention inward [10]. The relaxed mind becomes free to develop innovative solutions to problems, process difficult emotions or daydream about future goals.

Both theories bear truth, but the simplest explanation of all for how nature heals is that human beings are, after all, mammals. The call of the wild entrances us for the same reason birds sing and squirrels play. It reminds us of our connection to the planet and every living creature on it and beckons our atavistic side to leave urban stressors behind and return to a time when the earth fulfilled all our needs like a most patient and loving parent.

Forcing children to remain seated and silent for the majority of each day overlooks the realities of human nature as well as the needs kids have. Giving children time to play and explore outdoors on a daily basis lets them burn off youthful exuberance while improving their emotional state. By trading in video game consoles for the good old-fashioned “home by the time the streetlights come on,” we as a society can look forward to a future of healthier, more well-adjusted adults. 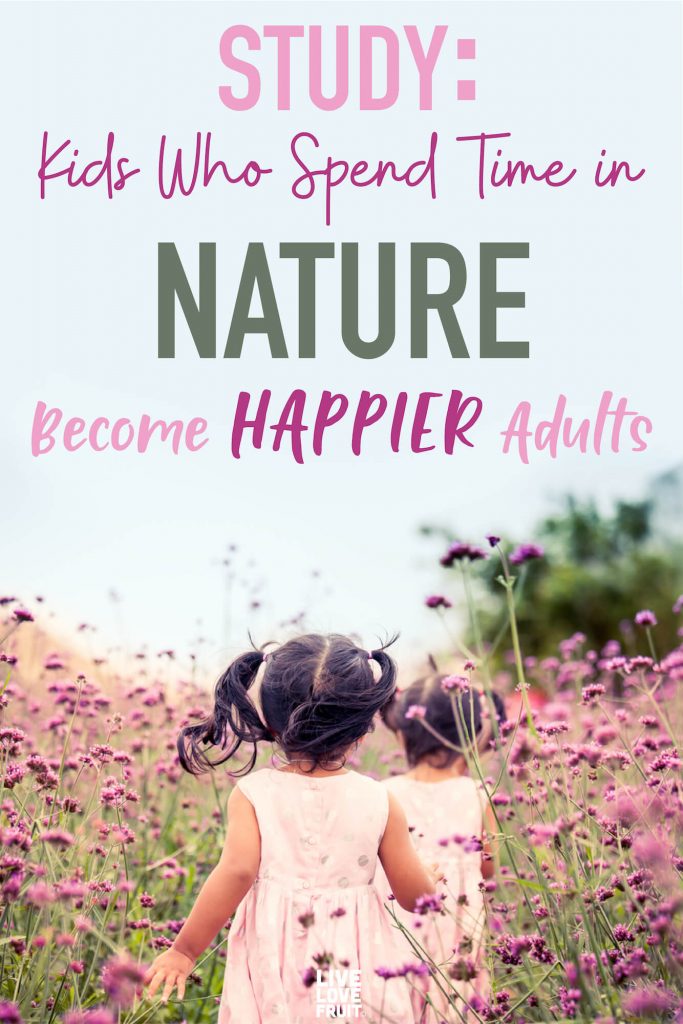