Maurice, who roosts on the picturesque isle of Oléron off the Atlantic coast, was accused of disturbing a retired couple who own a holiday home nearby.

News of his legal troubles flew around the world, gaining him a flock of supporters.

His owner, Corinne Fesseau, was cock-a-hoop at news of the ruling.

“It’s a victory for everyone in the same situation as me. I hope it will set a precedent for them,” she was quoted by AFP news agency as saying.

At a hearing in July, her lawyers had argued the complaint was ridiculous because crowing roosters were part of country life.

Ms Fesseau, who has lived on Oléron for 35 years, would have had to move or somehow silence Maurice if the judge had ruled against her. 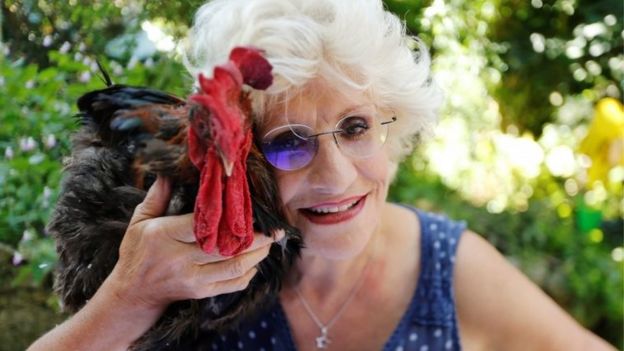 he four-year-old has become a celebrity of sorts in France, where the Gallic Cockerel is one of the national emblems.

Merchandise has been made in his honour and letters of support have come from as far away as the United States, according to Reuters news agency.

The high-profile case is considered an illustration of the growing tension between residents living in rural France and those moving to escape city life.

“This is the height of intolerance – you have to accept local traditions,” Christophe Sueur, the mayor in Ms Fesseau’s village, told AFP.

The mayor of another town, Bruno Dionis du Sejour, wrote an open letter in May calling for the sounds of rural life – including cows mooing and church bells – to be inscribed on France’s heritage list to protect them against such complaints.