Short Bursts Of Exercise May Prime The Brain For Learning For the first time, a new study in mice has identified an exercise-activated gene (Mtss1L) that appears to increase synaptic connectivity between neurons in the hippocampus. The neuroscientists at Oregon Health and Science University (OHSU) who conducted this research speculate that brief bouts of exercise may trigger the expression of Mtss1L in ways that prime the brain for learning. The final version of their paper was published online July 4 in the journal eLife. 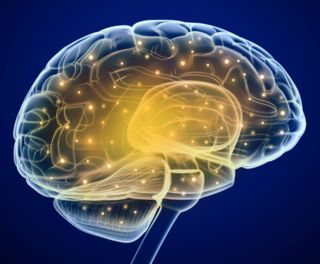 In a statement about this novel discovery, co-senior author Gary Westbrook said, “Exercise is cheap, and you don’t necessarily need a fancy gym membership or have to run 10 miles a day.” The study in mice found that relatively short bursts of voluntary wheel running—which the researchers describe as “the human equivalent of a weekly game of pickup basketball or 4,000 steps”—activated Mtss1L, which seems to promote better synaptic connectivity in the hippocampus. Westbrook is a senior scientist at the OHSU Vollum Institute and a professor of neurology in the OHSU School of Medicine.

This pioneering research was explicitly designed to measure how the brain responds to single bouts of aerobic activity in otherwise sedentary mice. In recent years, there’s been a lot of human and animal research on the long-term neuroprotective benefits of daily exercise. However, until now, neuroscientists haven’t explored how “acute” single episodes of physical activity trigger exercise-activated genes in the brain that may affect learning and memory.

As the authors explain, “Our results provide the first evidence for activity-dependent expression of an I-BAR protein [Mtss1L] as well as a role in experience-dependent remodeling of synapses.” To the best of my knowledge, this is the first study to pinpoint Mtss1L as a possible exercise-induced enhancer of synaptic function.

In the paper’s discussion, the authors sum up the potential real-world significance of their findings:

“How might these results relate to the beneficial effects of exercise? One possibility consistent with our data is that exercise acts as a preconditioning signal that primes exercise-activated neurons for contextual information incoming during the several days following exercise. This represents a broader time window than is usually associated with short-term plasticity. For example, human studies give support for the idea that exercise within four hours of a learning task improved memory performance (van Dongen et al., 2016). It will be interesting to examine if exercise enhances the pattern of granule cell responses to spatial or context-specific tasks. Our identification of Mtss1L as an activity-dependent I-BAR domain protein makes it ideally suited to act as an early mediator of structural plasticity following neuralactivity.”

For the next phase of this research, Westbrook and colleagues at OHSU plan to couple specific learning tasks with acute bouts of aerobic exercise in an attempt to better understand how triggering exercise-induced Mtss1L may prime the brain for learning.