by Tom Angell:  The amount of land on which U.S. farmers are licensed to grow hemp has more than quadrupled this year… That’s according to a report released on Thursday by advocacy group Vote Hemp.

Under the provisions of the 2014 Farm Bill, farmers have been able to grow crops for limited hemp research programs. But thanks to a new version of the large-scale agriculture legislation passed and signed into law late last year, the plant is now officially legal under federal law as long as farmers comply with state rules.

That said, Vote Hemp notes that it is usually the case that less hemp is actually grown than what is allowed under licensed acreage, so the organization plans to update its figures at a later date to reflect actual harvests. Still, it estimates that 230,000 acres of hemp will be planted in 2019 and 115,000 to 138,000 acres will end up being harvested—a huge increase from 2018 in any case.

Thirteen states enacted new hemp legalization laws this year following the removal of hemp from the federal Controlled Substances Act via the 2018 Farm Bill—with the only states not yet on board being Idaho, Mississippi, New Hampshire and South Dakota. 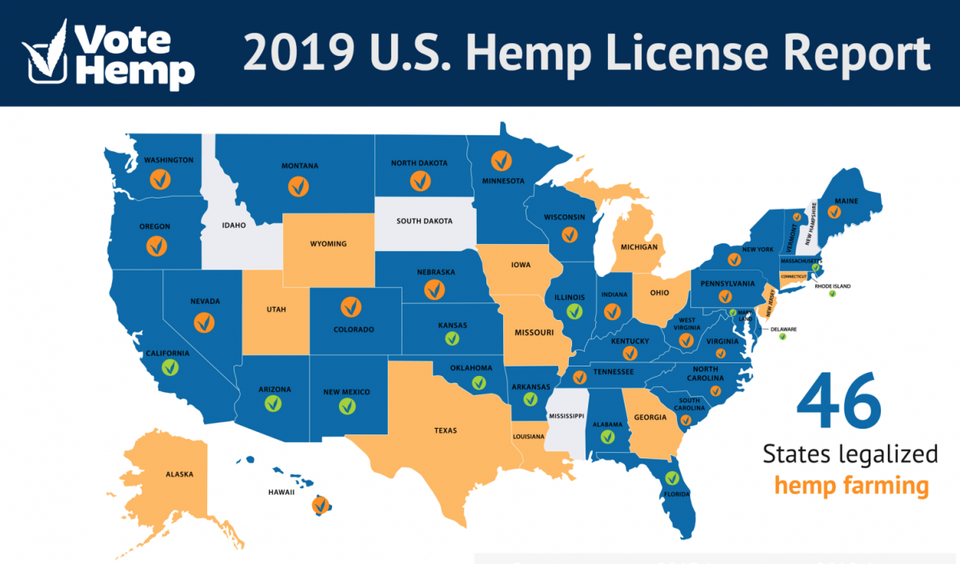 “We are seeing hemp cultivation dramatically expand in the U.S. in 2019, with over quadruple the number of acres licensed in hemp compared to last year and the addition of 13 more states with hemp programs,” Vote Hemp President Eric Steenstra said in a press release. “Now that we have lifted federal prohibition on hemp farming, it’s time build the infrastructure and expand hemp cultivation and the market for hemp products across the country so that all can reap the benefits of this versatile and sustainable crop.”

A total of 16,877 state licenses to cultivate hemp were issued to farmers and researchers this year, a 476 percent increase over 2018, the group found. Additionally there was a 483 percent annual jump in hemp processing licenses issued in 2019. 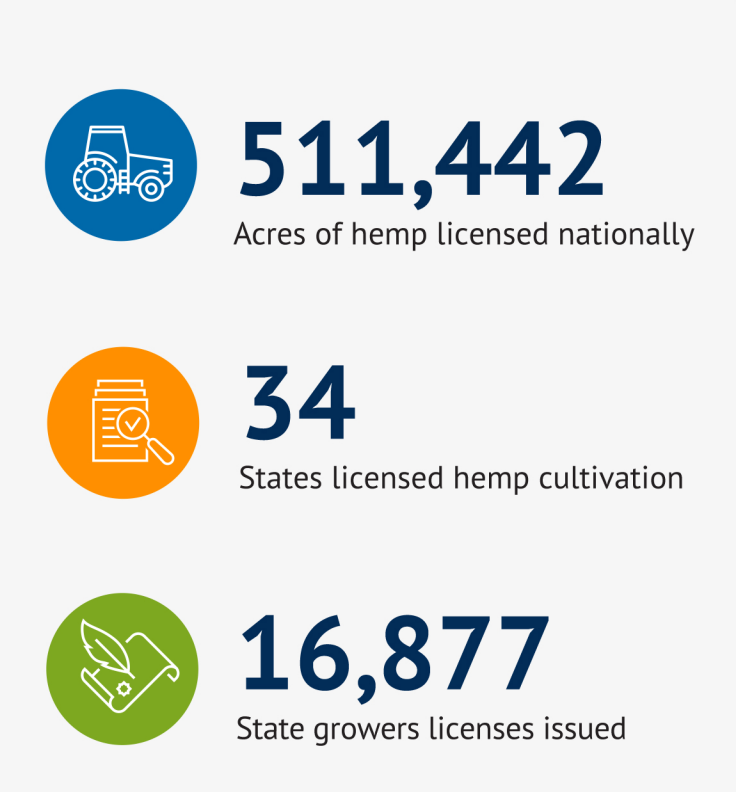 The U.S Department of Agriculture is expected to release its hemp legalization regulations soon. After those are finalized, federal regulators will be able to approve state hemp proposals under which farmers will be able to grow the crop at a large scale in the coming growing season.

Also last month the Environmental Protection Agency announced it is reviewing applications for pesticides to be used on hemp crops.

Meanwhile, the Food and Drug Administration is considering ways in which hemp-derived CBD can be allowed in food products or nutritional supplements.