by Mary Lunetta: In its eighth annual celebration, National Drive Electric Week (NDEW) broke every record, with more than 180,000 people attending 321 events in three nations and all 50 states… The huge popularity of this year’s Drive Electric Week across the nation again proves that people from all communities are excited about zero-emission transportation. And why wouldn’t they be? Electric vehicles are fun to ride, easy to maintain and operate, more affordable than gas-powered vehicles, and far better for our climate. Electric-vehicle adoption is also a great way to resist the Trump administration’s rollback of our nation’s major climate protections. 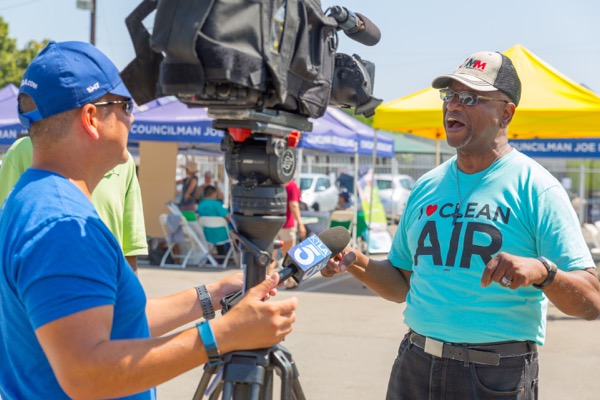 Pastor Dozier talks to KTLA-TV at the NDEW event in Watts, California. Photo by Cory Burns.

“I came to Drive Electric Week last year, which inspired me to buy myself a Nissan LEAF. I am excited to come again to give others a ride in it and inspire them to make a cleaner, greener choice.” – Ali K. of Houston, Texas

The biggest source of greenhouse gas emissions — the main cause of climate change — comes from transportation, mainly our cars, trucks, and buses. As more drivers, transit agencies, school districts, business leaders, and public officials have a chance to see for themselves the variety of zero-emission vehicles and the many rebates and incentives available, they make the switch to electric.

“I am a paraplegic and the BMW i3 has easy access for a disabled driver. My car is equipped with hand controls, which makes my car unique!” – Henry W. of Houston, Texas 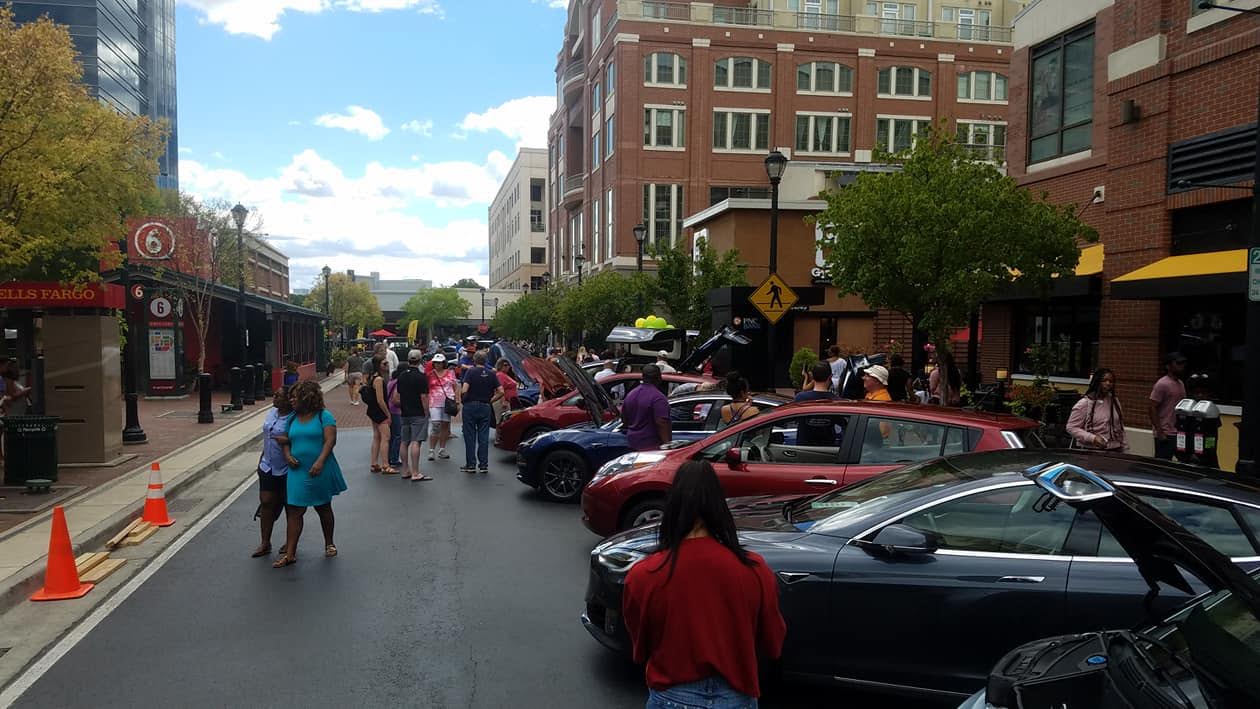 NDEW events are getting bigger and better — Vermont governor Phil Scott announced the state’s $2.4 million Electric Vehicle Charging Station Grant Program, funded by the Volkswagen settlement that resulted from the automaker’s diesel emissions cheating scandal. Governors Murphy of New Jersey and Sununu of New Hampshire also recognized Drive Electric Week in their states. Andrea Friedman from the New Jersey Department of Environmental Protection attended the event at Egg Harbor Township and shared information about the state’s new grant program that provides up to $6,000 for EV chargers at workplaces and multifamily dwellings. The governors of Washington State and Connecticut also issued proclamations declaring Sept 8-16 Drive Electric Week in their states. 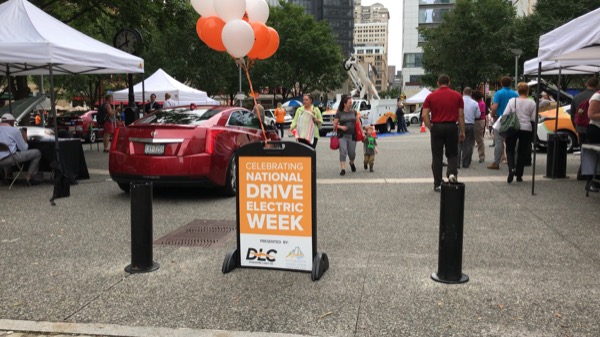 In Pittsburgh (event pictured above), Duquesne Light announced at an event that it would be partnering with the Pittsburgh Parking Authority to install eight new charging stations in downtown garages; and Utica, New York had its first event that included a ribbon-cutting ceremony at City Hall for a newly installed EV charging station. Public EV charging installations boost EV adoption because they make it easier for drivers to plug-in while on the go or running errands.

“Electric vehicles are being built in 20 states, including Alabama, and the EV industry creates thousands of well-paying jobs in our state and country and reduces our dependence on oil,” said Mark Bentley, executive director of the Alabama Clean Fuels Coalition, who attended the event in Birmingham.

Representatives from Juneau, Alaska, were excited to participate in Drive Electric Week this year as the city recently received a $1.5 million grant from the U.S. Department of Transportation for the purchase of an electric transit bus. The city also issued a National Drive Electric Week proclamation and displayed ones of Alaska’s first electric boats. 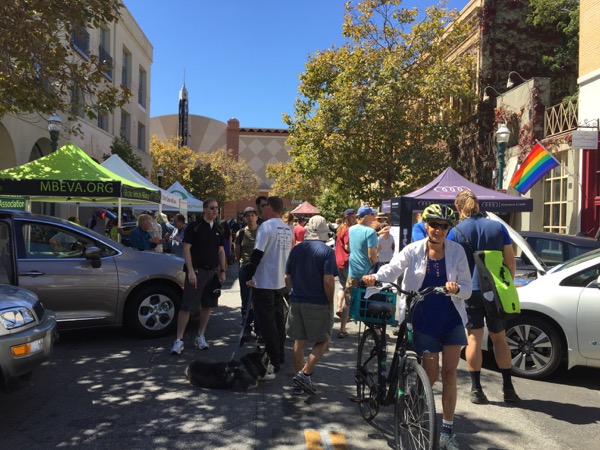 The event in San Francisco on Pier 27 was the exclusive ride and drive event of the Global Climate Action Summit, where hundreds of summit delegates and members of the public test-drove several EV models and checked out an e-Lion electric school bus.

“The Hamden event was amazing. I am now convinced going electric is the only option for me. It was extremely informative to speak with actual owners. Their enthusiasm for their cars was tremendous, and they were so willing to share their experiences and advice, taking you out in their own cars to get a feel for the performance. I hope many people were convinced to go electric. I know I was. Thank you!” – Lisa M. in Connecticut

The event in Wilsonville, Oregon, focused on the affordability of electric vehicles, with a local dealership providing test drives on pre-owned vehicles like the Nissan LEAF, Kia Soul EV, and Chevy Spark. Mayor Tim Knapp addressed the crowd, which had a chance to attend a Q&A session on the state’s EV rebate program, including the Charge Ahead program for pre-owned vehicles. With state and federal incentives combined, Oregonians can save up toan impressive $12,500 on the purchase or lease of a new electric vehicle.

The Atlanta event was organized by community group EV Hybrid Noire, which is committed to increasing opportunities for engagement with and connecting diverse communities to EV adoption. Their event featured a proclamation of Drive Electric Week by Mayor Keisha Bottoms, and councilmember Michael Bond spoke to the crowd about the importance of zero-emission vehicle adoption among communities of color.

At a time when just about every environmental protection is under attack at the federal level, we can be inspired by the increasing momentum of the clean transportation movement across the nation. Powerful and exciting efforts are underway to bring zero-emission transportation to our communities at the state and local level — from transit and school buses to motorcycles and light-duty personal vehicles. Eight years of successful Drive Electric Weeks have shown that the future is electric — and that future is much closer than most people think.

Mary Lunetta is the campaign representative for the Sierra Club’s Electric Vehicles Initiative.