Why Mindfulness Is For Everyone

Barry Boyce on why mindfulness is not something for a select few. It’s our human birthright… The present moment. It’s a wondrous thing. From some perspective, it’s all we’ve got, since nothing happens that doesn’t happen within it. And yet, somehow, we’ve managed to almost ruin it. Like an overzealous parent at his son’s or daughter’s tee-ball game, we’ve put too much pressure on it. So modest, so ordinary, so simple—the present moment has been forced to become a really big deal. Supposedly, you arrive there and everything is beautiful, all problems are solved, and all cares float away.

So modest, so ordinary, so simple—the present moment has been forced to become a really big deal.

It’s no wonder all the hype surrounding mindfulness has spawned more than a few skeptics, who rightly think, “Nothing could be that good.” And yet, in spite of all the overblown rhetoric, there remains something innately appealing about the notion of being mindful. My email address has mindful in it, and when I’m asked for it by a salesperson, a pause often ensues. They might say, “Mindful. That’s really lovely. I want some of that.”

When the Foundation for a Mindful Society was formed and launched Mindful, we were moved by something very basic: the power of being right where we are. Now we’re celebrating—along with our readers, contributors, and supporters—our fifth anniversary, and are proud to say that mindful.org is in its seventh year.

We called it Mindful because that’s something we are, not something we have to do. It’s not another chore or an us vs. them affiliation. It’s not owned by any group or social class. The ability to be on the spot—aware of what’s going on inside, outside, and all around, connecting with others—is part of being human. And that’s what Mindful committed to at the beginning and what we’re reaffirming as we enter our sixth year of publication: mindfulness for all.

To deliver on that, we have to be honest about the true challenges of committing to the present moment, through thick and thin. (That’s why we’re launching our Get Real series in this issue.) We need to commit to language that leaves no one saying, “That’s just not for me.” We have to be honest about science and how hard it is to prove benefits. We have to listen to you and learn from mistakes, because practicing real mindfulness means making one mistake after another and being willing to laugh our way back into place.

Practicing real mindfulness means making one mistake after another and being willing to laugh our way back into place.

When we started Mindful, we wanted to find out if there were people out there who felt as we felt. You have responded. Our modest circulation of 45,000 at the outset will soon be doubled, to over 100,000. And mindful.org keeps expanding daily, with users visiting to the tune of over a million page views per month.

We will keep it up, because the many stories we’ve heard from you give us faith that while mindfulness may not be a panacea, it is something that can make a very big difference in our health and the health of our families and communities. Please keep telling us your stories. Write to us at mindful@mindful.org or post on social media. Let us know how you are and who you are, because mindfulness is uniquely suited to you.

Here’s to many more years of healthy minds and healthy lives. See you in the present moment!

View our gallery of moments from the last 5 years 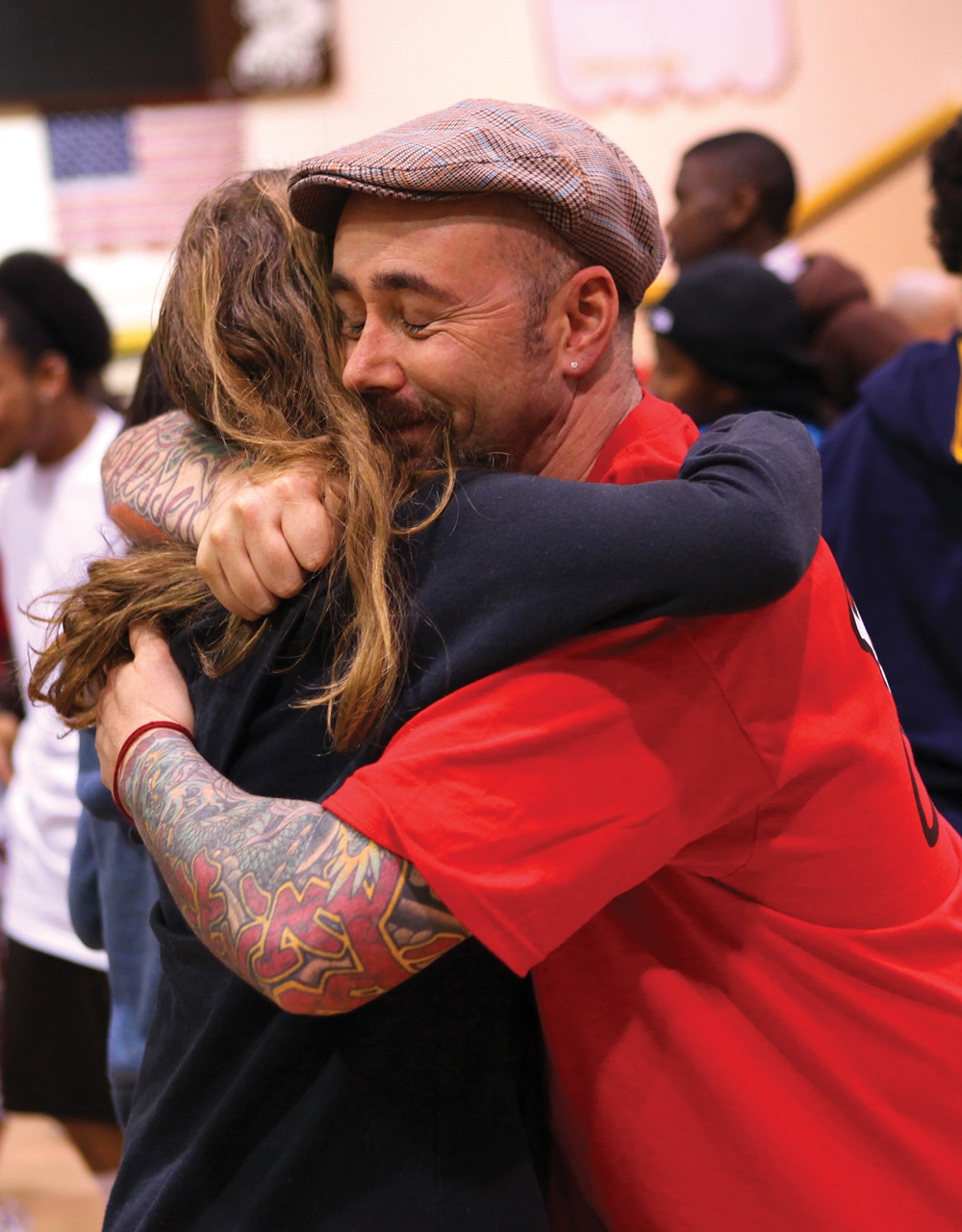 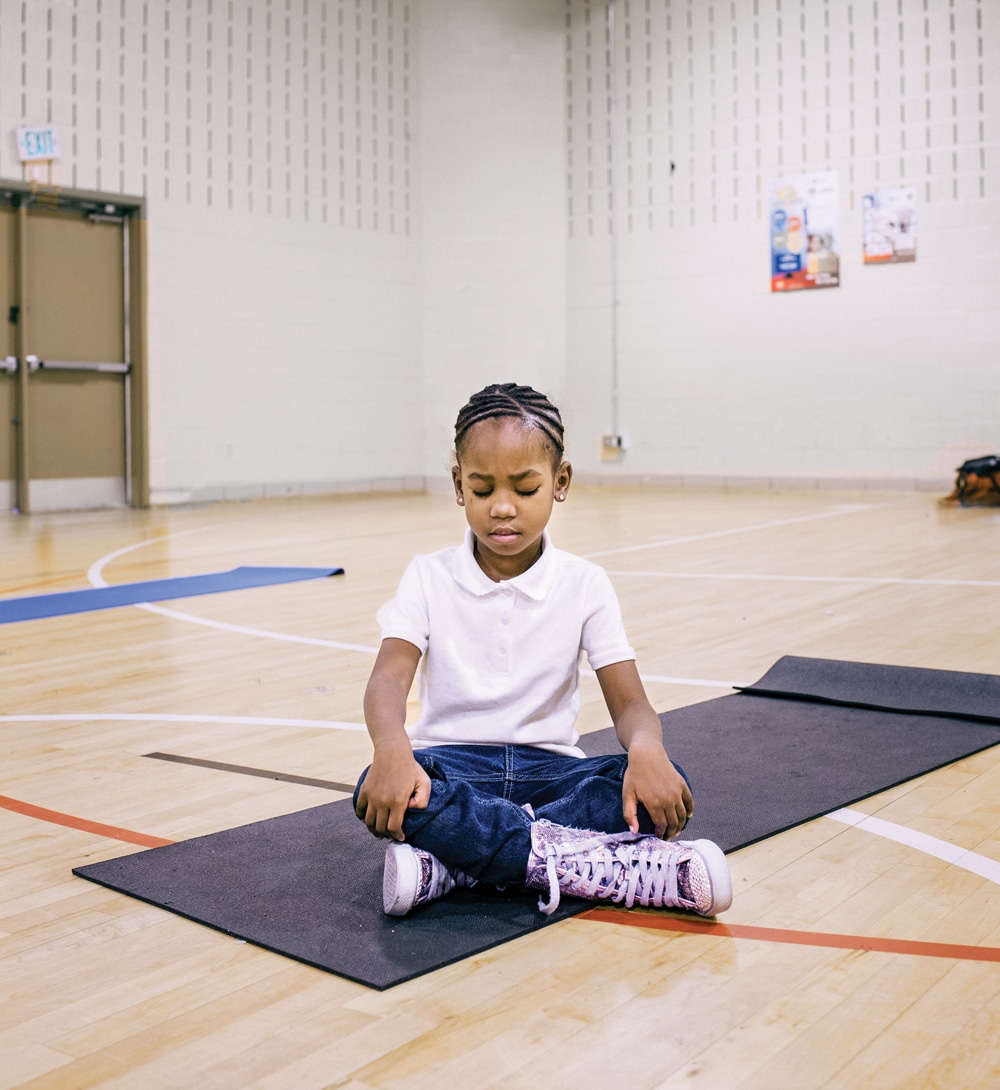 Kaila Winkler practices her breathing in the gymnasium of Robert W. Coleman Elementary School in Baltimore. Photograph by Mark Mahaney. 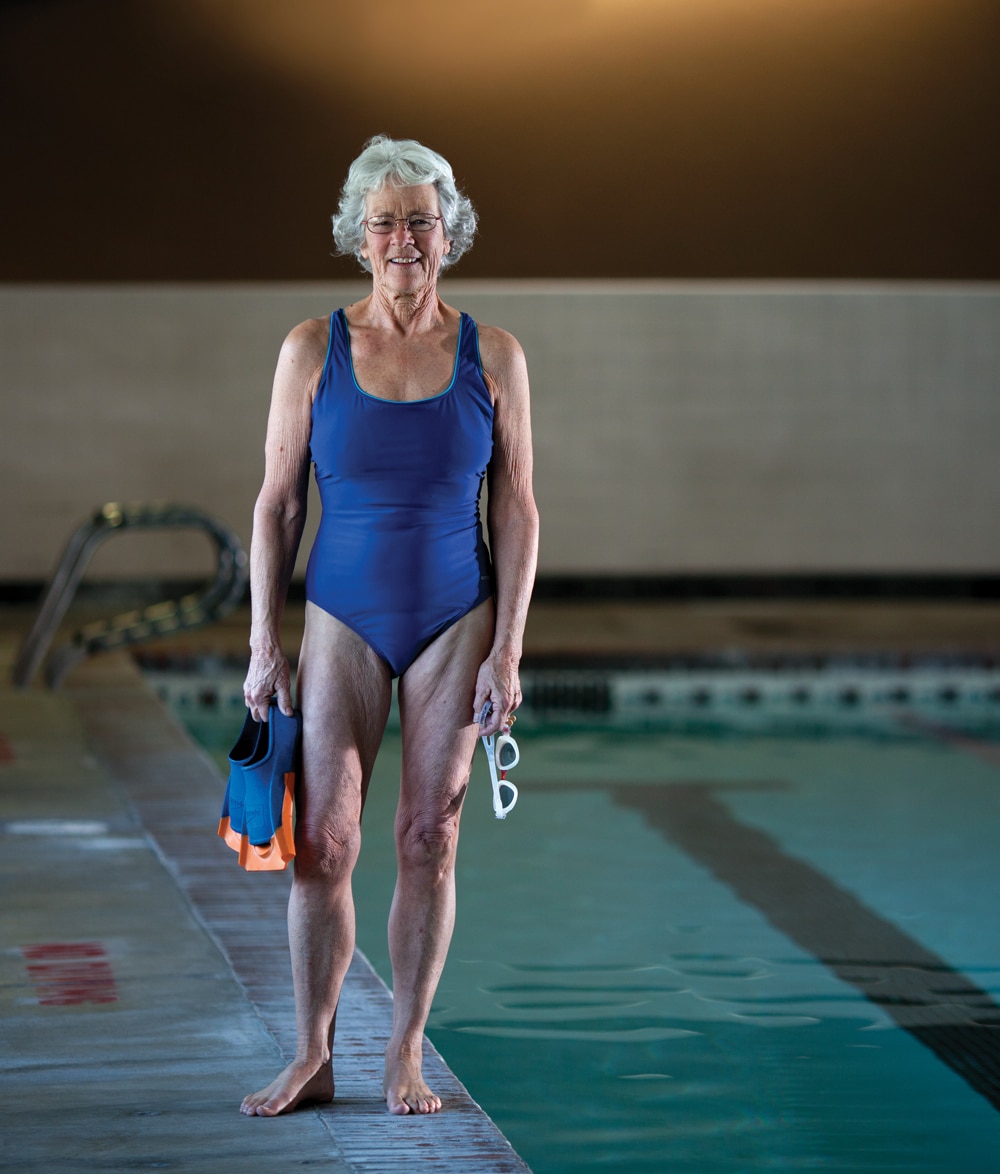 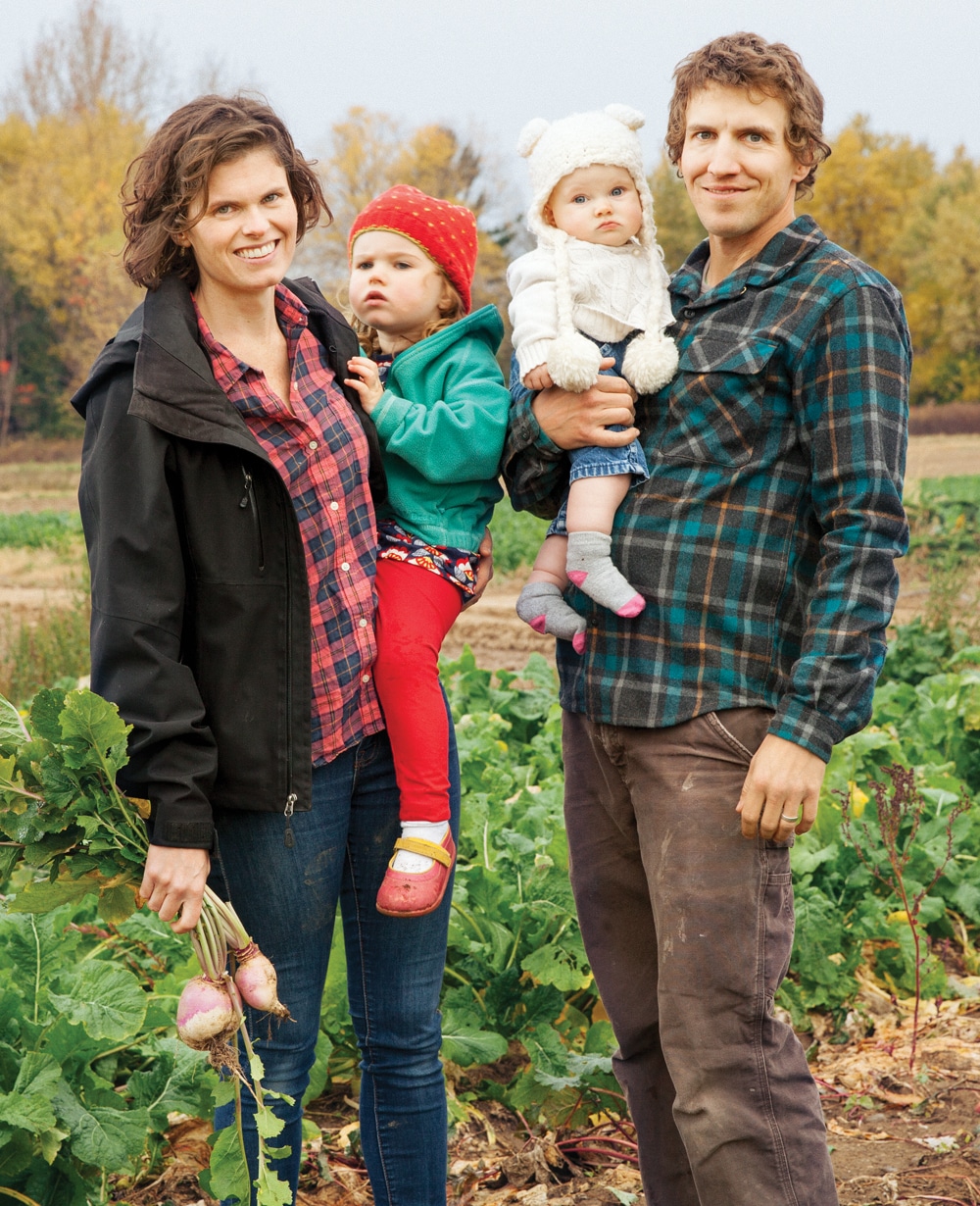 Lindsey Lusher Shute with her husband Benjamin Shute, cofounders of the National Young Farmers Coalition, and their two daughters, on their land in Hudson Valley. Photograph by Joshua Simpson. 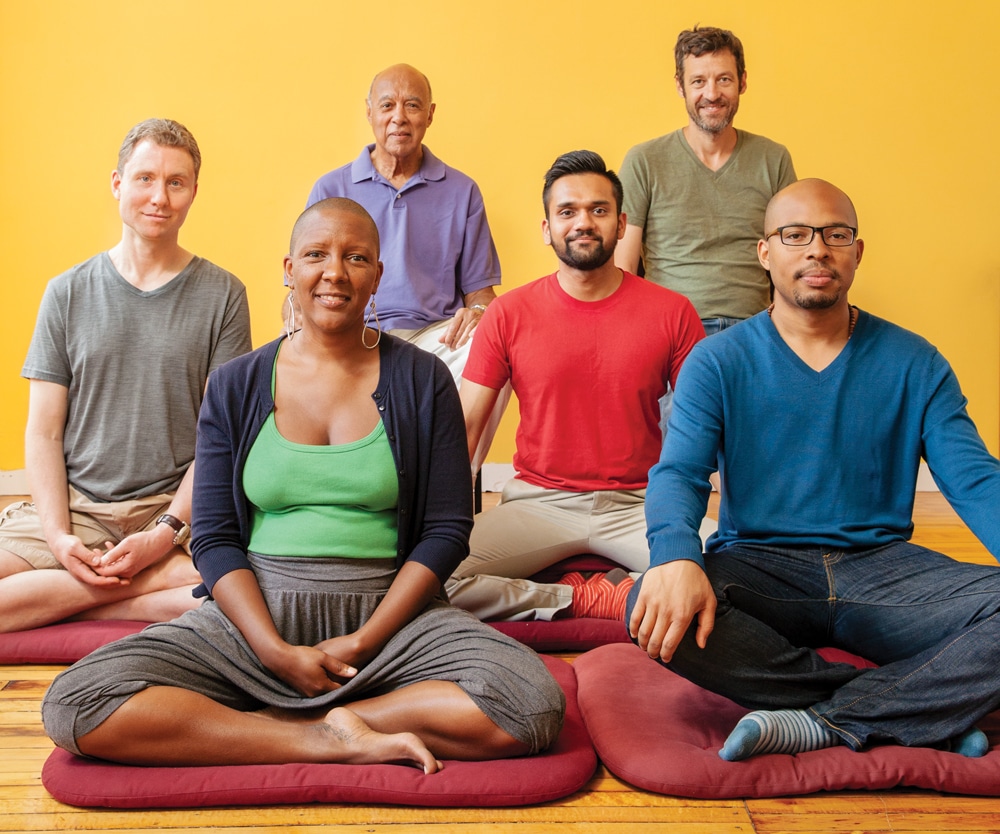 A sitting session is about to start at the New York Insight Meditation Center. Photograph by Joshua Simpson.