Everything Is Tai Chi

by Andrew Townsend: An Excerpt from an upcoming book… Although we are students of t’ai chi ch’uan, it is important for us to recognize that we are also students of T’ai Chi. To a Taoist, T’ai Chi is bigger than the Chinese martial art that bears its name. The principles of T’ai Chi are applicable to a wide range of circumstances and include both natural phenomena and human affairs. These principles are all-encompassing and eternal and were originally formulated by the ancient Chinese sages. References to T’ai Chi, Heaven and Earth, yin-yang, and ch’i appear in the earliest of recorded Chinese writing.

The principles of T’ai Chi have provided a common foundation for much of Chinese philosophy, including the two most prominent schools, those of Taoism and Confucianism. The same principles underlie traditional Chinese medicine, as well as the healing art of ch’i gung. T’ai Chi principles also form the basis of Yang style t’ai chi ch’uan. Other, lesser known Chinese martial arts also have their roots in the principles of T’ai Chi. It is not an exaggeration to say that T’ai Chi was central to traditional Chinese culture, philosophy, science and art. 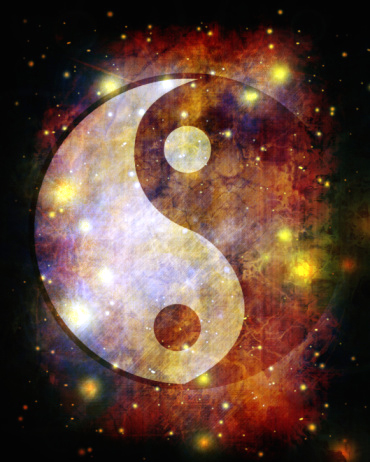 Once one begins to be aware of T’ai Chi and its importance to both natural phenomena and human affairs, it is becomes possible to perceive the presence of these principles everywhere around you. However, it is often necessary to have one’s eyes opened, both literally and figuratively, in order to “see” the workings of T’ai Chi.

I was fortunate to have had my eyes opened some twenty years ago by Master James Huang of Honolulu, Hawaii. Master Huang and I would normally meet in the mornings to practice t’ai chi ch’uan and pushing hands in a small park before he met with his patients. Often, after practicing the form and playing pushing hands, we would sit on a bench and meditate for a while. One morning after meditating, Master Huang noticed a neighborhood cat slowly and silently approaching a bird perched in a branch of a low tree. The cat moved with such precision and grace that it reminded me of a leopard stalking an antelope.

Master Huang turned to me and said, “Look at that cat. It is doing t’ai chi.” We both watched the cat and marveled at how it moved, advancing with “cat steps” just like Master Huang had taught me to advance in the form. Eventually the bird became aware of the cat’s intentions, ruffled its feathers, and flew off squawking indignantly. The formerly-stalking leopard transformed itself back into a simple house cat and sauntered off nonchalantly.

Master Huang then looked at me and made a pronouncement that I will remember for the rest of my life. He said simply, “Everything is T’ai Chi.” We sat together for a few moments with this weighty statement settling into the silence. Then Master Huang spoke again, “Everything is T’ai Chi.” By this time, I had been studying with Master Huang for several months. I had come to realize that when he repeated himself, which was not often, it meant that I was to pay special attention to what he said or had shown me. In this particular instance he made no further comment.

It is important to explain at this point the difference between T’ai Chi and the martial art of t’ai chi ch’uan. According to ancient Chinese philosophy, T’ai Chi is born out of the formless Void when it begins to move and divides into Heaven and Earth. Heaven and Earth possess the characteristics of yang and yin respectively and are the progenitors of “the ten thousand things”, which is to say all of creation. T’ai Chi also includes the underlying principles from which the laws of nature are derived. As such, T’ai Chi governs the natural universe.

In the world view of the ancient Chinese philosophers, Man occupies a unique position between Heaven and Earth. According to T’ai Chi theory, Man is also governed by the principles of T’ai Chi. By formulating an overarching explanation of the existence and functioning of both the natural world and society, T’ai Chi theory provides us with a complete and comprehensive perspective on life and the cosmos. T’ai Chi theory represented to the ancients what the Big Bang theory, combined with Universal Field theory, is to modern-day physicists.

As time has passed, however, and as I have gained both wisdom and a broader perspective, I now believe he was, in fact, referring to T’ai Chi. This is why I capitalize “T’ai Chi” in the statement, “Everything is T’ai Chi.” It is also why I differentiate between T’ai Chi in capitals and t’ai chi in lower case using the Wade-Giles spelling. For me, T’ai Chi is, indeed, everything. The martial art of t’ai chi ch’uan, while extremely important in my life, is secondary to the study of T’ai Chi, which is the Tao, or way, of my life.

I realize that it is trite to refer to a single statement or aphorism as “words to live by.” However, I really have found Master Huang’s simple statement, “Everything is T’ai Chi.” to be the catch-phrase of my life, and I have striven to incorporate his words into my daily practice in the years since. This underlying concept has guided my studies in Taoism, t’ai chi ch’uan, and ch’i gung. More importantly, this insight has provided me with a foundation for living my life, observing and respecting nature, and interacting with family, friends, neighbors, co-workers and the people with whom I come into contact on a daily basis. 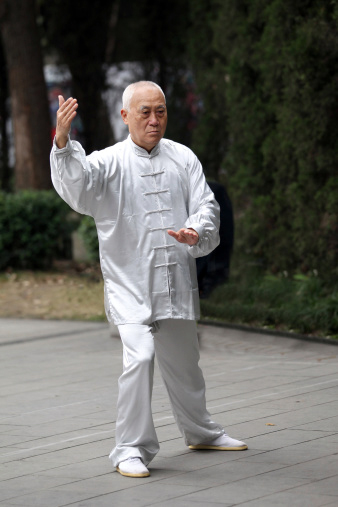 Recently I ran across an article posted on the Internet by the renowned Patrick Kelly, a student of the famous Huang Sheng Shyan. In this article, written to commemorate the 100th anniversary of Master Huang’s birth, Patrick Kelly wrote the following:

“By the time I came to know Master Huang, inside he was first a Daoist and second a martial artist. Once when sitting outside eating, he looked up at the stars; then, gesturing to the expanse of the night sky, he turned to me and said, ‘That is the big Taiji., inside us is the small Taiji.’ Then after a moment’s pause he added quietly, ‘Now I teach Taiji, not Taijiquan.’”[1]

These words ring as true to me now as my own Master Huang’s words came to mean to me some twenty years ago. It is evident to me that any serious student of Yang style t’ai chi ch’uan must also study the Tao, and in so doing must, by virtue of the sincere practice of this art, reach the obvious conclusion that “Everything is T’ai Chi.”

As Taoists, we must recognize that, ultimately, nature and the cosmos are neither benign nor malignant. The Universe follows a natural order, and that order is governed by T’ai Chi. Studying nature and observing the natural order with an open mind is an excellent way to understand T’ai Chi. Recognizing the influence of T’ai Chi in all natural phenomena enables one to accept with equanimity both good fortune and calamity, abundance and scarcity, youth and old age, living and dying.

The natural world can teach us many of the lessons we need to learn in order to live in harmony and balance. For this reason, it is highly beneficial to live in an environment where nature can be observed on a daily basis. Ideally, one should live in the mountains, by a lake or a river, or by the ocean. The clean air and the influence of water are highly beneficial to our physical, mental, and spiritual well-being.

The opportunities for enjoying nature are plentiful if you are motivated to take advantage of them. Engaging in outdoor activities is both healthful and life-renewing. However, as students of Yang style t’ai chi ch’uan, we should also avail ourselves of the opportunity to observe nature from the perspective of yin and yang, Heaven and Earth, strength and weakness, fullness and waning. Everything in nature teaches us about T’ai Chi. Open your eyes and open your mind. You will see that, truly, “Everything is T’ai Chi.”

Once you perceive that “Everything is Tai Chi.”, you will naturally begin to incorporate the principles of T’ai Chi into your daily t’ai chi ch’uan practice. With this realization, you will find yourself effortlessly seeking a balance between yin and yang, empty and full, advance and retreat, movement and stillness. The ultimate goal of our martial art is the embodiment of the principles of T’ai Chi in our practice. As we practice the form, pushing hands, or standing meditation, we should strive to practice not only t’ai chi ch’uan, but also T’ai Chi, the Supreme Ultimate.