According to Aubrey de Grey old age and sickness is a disease that can be combated. He believes that like the myth of Tithonus, scientists today are too focused on the diseases of aging and not aging itself.  English author and biomedical gerontologist Aubrey de Grey is interviewed by Dutch journalist and philosopher Bas Heijne. De Grey is the founder of SENS Research Foundation, an institute that researches ways to rejuvenate the human body and stop aging. According to him, aging is a disease. In this video, Heijne and De Grey talk about his vision, technologies that make prevention of aging possible and the meaning of death.

According to de Grey aging is not a necessary part of our life but a medical problem that can be solved. Before that have public, government and scientists or adopt a different attitude. At this moment, he points out there is too much emphasis on healing in gerontology from diseases associated with old age, and must be dealt with according to him, the causes of aging itself. de Grey talks about a pro-aging trance: we tend to see decay and death as inevitable phenomena. To live we love ourselves that death is not only inevitable but also desirable with this idea. This helps us to cope with the thought of death, but also ensures that we do not take action to fix aging once and for all.

De Grey argues that we can prevent geriatric diseases through molecular and cellular damage that restore the body with age rising time. If the damage is too great, it leads to aging and eventually death. According to de Grey scientists able to understand these mechanisms through basic research and develop methods to repair the damage before age ailments occur. It’s a matter of time before old age can be eradicated in this way. Death has nothing to do with biological age. 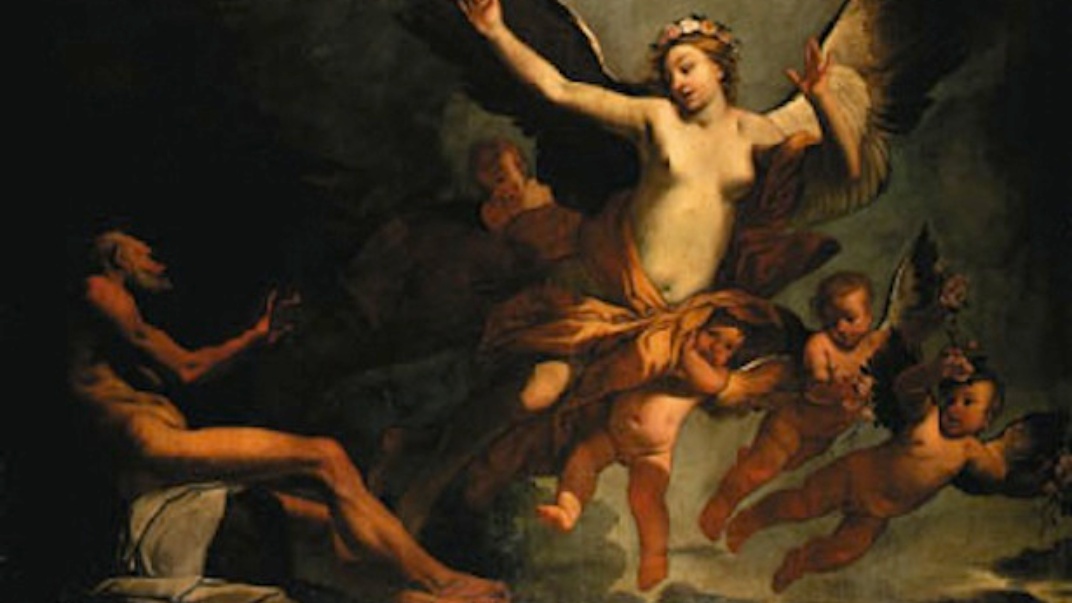 De Grey notes that many people feel uncomfortable with the prospect of a life without old age and security of a premature death. He speaks in this context of the ‘Tithonos fallacy”: we are reluctant to extend our lives because we expect life extension associated with illness and disease, as in the Greek myth of Tithonus.

This handsome Greek youth is worshiped by Eos, goddess of the Dawn. She asks Zeus to grant her mortal lover to eternal life. Unfortunately, they also forget to ask for eternal youth and health; Tithonos is so old that he no longer can move and shrivels to a grasshopper. The Tithonos fallacy is scientific research in its current state, says De Grey. Scientists focus to much on combating age-related diseases. According to de Grey, the underlying problem is neglected, the disease of age itself.

Bas Heijne is a Dutch writer and interviewer. He studied English language and literature, has published numerous books and is well-known for his opinionated essays and columns in newspaper NRC Handelsblad. For the tv series De Volmaakte Mens, Heijne went on a personal quest to discover what defines ‘being human’ in our increasingly technological society. He interviewed philosophers, technologists and scientists around the world, in search of the future of the human species.

This interview is an excerpt from the Dutch science programme De Volmaakte Mens (“The Perfect Human Being”), episode 2 ‘Challenging Death’. The six-part science series De Volmaakte Mens was broadcast on Dutch television in Spring 2015.