by Cameron Scott:  The industrialization of food production freed people up to pursue careers other than farming. But it also incentivized food companies and restaurants to use low-cost ingredients that taste or look good but often are neither healthful nor natural. For people with food allergies or diet-related diseases such as Celiac and diabetes, eating foods with unknown ingredients is a high-risk activity. All of these diseases are on the rise in the United States and other developed countries, according to some researchers due to the same lack of exposure to livestock and soil.

For this particular ill of the post-War era, there’s now a 21st-century workaround: a hand-held spectrometer that can determine exactly what is in the user’s food and display it on his or her smartphone.

A Toronto company called TellSpec has developed a spectroscopy data-crunching algorithm that runs in the cloud and delivers nuggets of useful information to the user through a smartphone app. The idea for the device came from co-founder Isabel Hoffman’s daughter, who suffers from gluten intolerance and other food allergies.

“Until recently, spectrometers were large and expensive, but now they are available as tiny affordable chips,” explained Hoffman.

TellSpec has been testing its software using off-the-shelf spectrometers, but it recently completed an IndieGoGo campaign to contract production of its prototyped device, which will power a Raman spectrometer laser beam with batteries that can be recharged through a USB port. 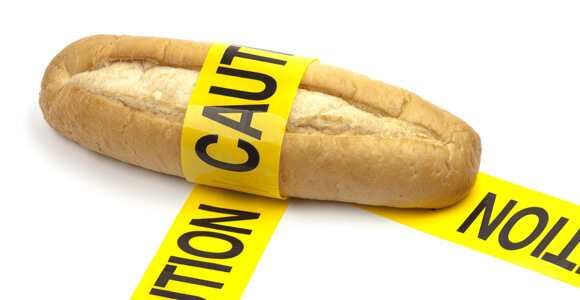 Here’s how it works, in the words of Hoffman’s technical co-founder Stephen Watson.

“Some of the photons [from the beam] are absorbed, raising the energy states of the molecules in the food and replacing them with lower energy photons. The spectrum inside the TellSpec sorts these photons by wavelength and counts them. The resulting numbers, called a spectrum, describe the chemical compounds in the food,” Watson said.

TellSpec’s algorithm takes the spectrum data and returns it to the user as a report on common allergens, trans fats, sugars,mercury and other toxic contaminants. It also provides sodium and calorie counts, providing TellSpec with appeal for a broader audience. As more people use the device, more information about common foods will be added to the algorithm, the company says.

Alas, even TellSpec can’t indicate with absolute certainty what is in processed or restaurant food. The scanner correctly identifies foods and ingredients 97.7 percent of the time, according to the company — which isn’t bad but leaves a 2.3 percent chance of a potentially fatal allergic reaction.  The scanner can also only identify what its beam hits directly, so heterogeneous foods like salads or stews require multiple scans. That’s not a big deal for the average user, but it could be a very big deal for users who could have a serious reaction from a single hidden breadcrumb or peanut.

Much has been made of the way that mobile technology can give patients more authorityover their own health, but in most cases devices serve to track patients’ health statistics between doctors’ visits. TellSpec and a few other emerging devices are letting patients increase the safety of the world around them.