The Peak Time for Everything

Could you pack more into each day if you did everything at the optimal time? A growing body of research suggests that paying attention to the body clock, and its effects on energy and alertness, can help pinpoint the different times of day when most of us perform our best at specific tasks, from resolving conflicts to thinking creatively.

Most people organize their time around everything but the body’s natural rhythms. Workday demands, commuting, social events and kids’ schedules frequently dominate—inevitably clashing with the body’s circadian rhythms of waking and sleeping.

As difficult as it may be to align schedules with the body clock, it may be worth it to try, because of significant potential health benefits. Disruption of circadian rhythms has been linked to such problems as diabetes, depression, dementia and obesity, says Steve Kay, a professor of molecular and computational biology at the University of Southern California. When the body’s master clock can synchronize functioning of all its metabolic, cardiovascular and behavioral rhythms in response to light and other natural stimuli, it “gives us an edge in daily life,” Dr. Kay says.

When it comes to doing cognitive work, for example, most adults perform best in the late morning, says Dr. Kay. As body temperature starts to rise just before awakening in the morning and continues to increase through midday, working memory, alertness and concentration gradually improve. Taking a warm morning shower can jump-start the process.

The ability to focus and concentrate typically starts to slide soon thereafter. Most people are more easily distracted from noon to 4 p.m., according to recent research led by Robert Matchock, an associate professor of psychology at Pennsylvania State University.

Alertness tends to slump after eating a meal, Dr. Matchock found. Sleepiness also tends to peak around 2 p.m., making that a good time for a nap, says Martin Moore-Ede, chairman and chief executive of Circadian, a Stoneham, Mass., training and consulting firm.

Surprisingly, fatigue may boost creative powers. For most adults, problems that require open-ended thinking are often best tackled in the evening when they are tired, according to a 2011 study in the journal Thinking & Reasoning. When 428 students were asked to solve a series of two types of problems, requiring either analytical or novel thinking, their performance on the second type was best at non-peak times of day when they were tired, according to the study led by Mareike Wieth, an assistant professor of psychological sciences at Albion College in Michigan. (Their performance on analytical problems didn’t change over the course of the day.) Fatigue, Dr. Wieth says, may allow the mind to wander more freely to explore alternative solutions.

Of course, everyone’s body clock isn’t the same, making it even harder to synchronize natural rhythms with daily plans. A significant minority of people operate on either of two distinctive chronotypes, research shows: Morning people tend to wake up and go to sleep earlier and to be most productive early in the day. Evening people tend to wake up later, start more slowly and peak in the evening.

Communicating with friends and colleagues online has its own optimal cycles, research shows. Sending emails early in the day helps beat the inbox rush; 6 a.m. messages are most likely to be read, says Dan Zarrella, social-media scientist for HubSpot, a Cambridge, Mass., Web marketing firm, based on a study of billions of emails. “Email is kind of like the newspaper. You check it at the beginning of the day,” he says. 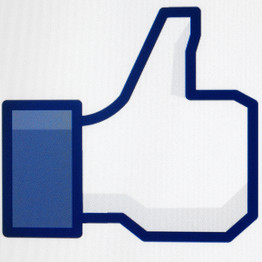 Boost your mood with online socializing: Posts made to Facebook at 8 p.m. tend to draw the most ‘Likes,’ a Hubspot study shows.

Reading Twitter at 8 a.m. or 9 a.m. can start your day on a cheery note. That’s when users are most likely to tweet upbeat, enthusiastic messages, and least likely to send downbeat tweets steeped in fear, distress, anger or guilt, according to a study of 509 million tweets sent over two years by 2.4 million Twitter users, published last year in Science. One likely factor? “Sleep is refreshing” and leaves people alert and enthusiastic, says Michael Walton Macy, a sociology professor at Cornell University and co-author of the study. The cheeriness peaks about 1-1/2 hours later on weekends—perhaps because people are sleeping in, Dr. Macy says.

Other social networking is better done later in the day. If you want your tweets to be re-tweeted, post them between 3 p.m. and 6 p.m., when many people lack energy to share their own tweets and turn to relaying others’ instead, Mr. Zarrella says. And posts to Facebook FB -1.00% at about 8 p.m. tend to get the most “likes,” after people get home from work or finish dinner. At that time of day, they’re likely to turn to Facebook feeling less stressed. “You have less stuff to do and more time to give,” says Mr. Zarrella. Late-night drama can be found on Twitter, where emotions heat up just before bedtime, between 10 p.m. and 11 p.m., says Scott Andrew Golder, a Ph.D. candidate at Cornell University and co-author of the Twitter study. At that time, people tended to send more emotion-laden tweets, both positive and negative. Tired out by the workday, but also freed from its stresses and demands, people become “more alert and engaged, but also more agitated,” Dr. Macy says.

When choosing a time of day to exercise, paying attention to your body clock can also improve results. Physical performance is usually best, and the risk of injury least, from about 3 p.m. to 6 p.m., says Michael Smolensky, an adjunct professor of biomedical engineering at the University of Texas, Austin, and lead author with Lynne Lamberg of “The Body Clock Guide to Better Health.” Muscle strength tends to peak between 2 p.m. and 6 p.m. at levels as much as 6% above the day’s lows, improving your ability to grip a club or racquet. Another boost for physical strength comes from the lungs, which function 17.6% more efficiently at 5 p.m. than at midday, according to a study of 4,756 patients led by Boris Medarov, an assistant professor of medicine at Albany Medical College in New York.

Eye-hand coordination is best in late afternoon, making that a good time for racquetball or Frisbee. And joints and muscles are as much as 20% more flexible in the evening, lowering the risk of injury, Dr. Smolensky says.

These body rhythms hold true regardless of how much you’ve slept or how recently you’ve eaten. In a 2007 study at the University of South Carolina at Columbia, 25 experienced swimmers did six timed trials while sticking to an artificial schedule that controlled for variables like sleep, diet and other factors. The swimmers’ performance still varied by time of day, peaking in the evening and hitting bottom at around 5 a.m.

Is there a best time to eat? To keep from packing on pounds, experts say, limit food consumption to your hours of peak activity. A study in Cell Metabolism last May linked disruptions of the body clock to weight gain. Researchers put two groups of mice on the same high-calorie diet. One group was allowed to eat anytime; the other group was restricted to eating only during an eight-hour period when they were normally awake and active. The mice that ate only while active were 40% leaner and had lower cholesterol and blood sugar.

While more research is needed on humans, Dr. Kay says, the research suggests that “we are not only what we eat, we are when we eat.”