Get the Life You Want: The Secrets to Quick and Lasting Life Change with Neuro-Linguistic Programming Richard Bandler's Guide to Trance-formation: How to Harness the Power of Hypnosis to Ignite Effortless and Lasting Change 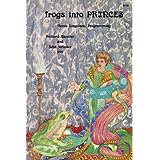 Richard Bandler is a co-founder with John Grinder of the field of Neuro-Linguistic Programming. A student of mathematics, Richard began studying the work of Gestalt therapy founder Fritz Perls when he was asked to edit transcripts of Perls’ lectures and workshops for the book “Eyewitness To Therapy” (1973) for Science and Behavior Books. He also began to work with family therapist Virginia Satir at this time.

Richard met John Grinder, a linguistics professor, as a student at the University of California at Santa Cruz. In 1974 Bandler and Grinder began to make a model of the language patterns used by Perls, Satir and Hypnotherapist Milton H. Erickson, which they published in their books “The Structure of Magic Volumes I & II” (1975, 1976), “Patterns of the Hypnotic Techniques of Milton H. Erickson, Volumes I & II” (1975, 1977) and “Changing With Families” (1976). These books formed the foundation of the field of Neuro-Linguistic Programming.

Much of Richard’s later work in NLP has focused on applications of submodalities, the subtle distinctions one can make in one’s sensory experience and internal representations. His background as a musician and his interest in sound theory and the neurological impact of sound lead him to develop the area of Neuro-Sonics, which utilizes qualities of music and sound to create specific internal states. Richard is also the founder of the model and techniques of Design Human Engineering (DHE).

In addition to his creative genius, Richard is known for his sense of humor, his ability to use sophisticated language patterns, and his dynamic training style.