Meditation & Sex Are Same to Your Brain

by Nadia Webb:  A new study suggests that your brain reacts the same way to meditation as it does to sex. Both dissolve our sense of self-awareness, separating ourselves from our ego.  Sex in the brain, and what it reveals about the neuroscience of deep pleasure. 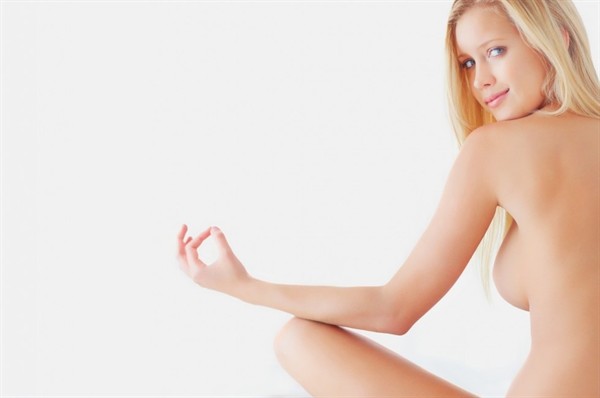 The lead researcher, Gemma O’Brien found that people meditating and having an orgasm both experience “diminution of self-awareness” and “alterations in bodily perception.”

What is surprising about this is that pleasure is classically thought of as the province of the left hemisphere, not the right. The left is most active when recalling happy memories, meditating on love for another, and during the expansiveness of grandiosity or mania.

The left hemisphere is even preferentially more active among people free ofdepression and less active among the unhappy. If the brain were a simpler and more cooperative organ, the left hemisphere would be lit up like the Fourth of July during an orgasm. Instead, it is surprisingly silent. Why might this be so?

Until eight years ago, neuroscience had little scientific basis from which to comment on bliss, sexual or otherwise. Despite our public fascination with things sexual, as researcher, Gemma O’Brien put it, “orgasm is not impersonal and third person enough for the sciences.” Neuroscience was hobbled by the avoidance of such squashy topics, even if it meant setting aside important parts of human experience. However, a clearer portrait of pleasure is now emerging. Bliss, both sacred and profane, shares the diminution of self-awareness, alterations in bodily perception and decreased sense of pain. And while the left frontal lobe may be linked to pleasure, the other three characteristics are bilateral.

Absence of pain is predictably akin to pleasure, but the other two—losing a sense of identity and of bodily limits—are less obvious. Self-awareness, apparently, is no picnic. William James described the self as that kernel of consciousness that persists throughout various experiences and sensations. The self is divided between the stream of consciousness and an internal observer—except in those rare moments when we dissolve into mysticism.

Self-awareness exists as a running critique organizing conscious experience. Telling stories to ourselves (often about ourselves) is the cognitive default.

Escaping continual self-observation seems an underappreciated pleasure. Roy Baumeister wrote an entire book devoted to the premise that self-awareness is frequently a burden. Across cultures, we blunt awareness with alcohol, drugs, auto-hypnotic rituals and when times are dire, suicide. Meditation offers relief from this self-preoccupation and one of the few tools for creating a durable boost in happiness—perhaps by dampening activity in regions implicated in judgment, comparison, planning and self-scrutiny. Left prefrontal cortex activation correlates with happiness and Tibetan Buddhist monks have created the greatest measured spike in activity in this region produced by simple thought when meditating on compassion. The reported depth of meditation also corresponds to activity in the brain’s pleasure centers, such as left forebrain bundle, anterior insula and precentral gyrus. This overt pleasure is accompanied by a shift in emotional self-regulation; meditators are more aware of thoughts and feelings conceptually, but less emotionally disrupted by them, according to one study. Both hemispheres are involved in self-observation.

Pleasure is also linked to a loss of awareness of the boundaries of our body, and this, too, involves both sides of the brain. Orgasm and meditation dissolve the sense of physical boundary, but the activation patterns are distinct. Meditation does so in a somewhat cerebral way, altering bodily self-awareness by enhancing activity in specific brain regions, such as right angular gyrus—regions that become most lively during attempts to imagine ourselves from a stranger’s perspective, during out of body experiences or déjà vu, and in a neurologically obscure disorder in which patients lack awareness of their own paralysis or bodily infirmity.

But during orgasm, the cerebellar deep nuclei and vermis, also in the cerebellum, glow. The cerebellum used to be thought of as the “motor bit” tacked onto the back of the brain. The deep nuclei are mysterious, but they seem involved in planning and initiating movement, motor learning, rhythm, synchronizing and smoothing of movement. The vermis tracks the movement of the body through space outside of conscious awareness. Unlike meditation, orgasm seems a heightened sense of being within one’s body rather than the sense of being outside of it. The disconnected awareness meditation (“I am not my thoughts, I am not this experience”) is antithetical to the self-forgetting of sex in which wallowing in the experience, and the relationship, is precisely the point.

Are you a scientist who specializes in neuroscience, cognitive science, or psychology? And have you read a recent peer-reviewed paper that you would like to write about? Please send suggestions to Mind Matters editor Gareth Cook, a Pulitzer prize-winning journalist at the Boston Globe. He can be reached at garethideas AT gmail.com or Twitter @garethideas.

Nadia Webb is a double-boarded neuropsychologist practicing at the Children’s Hospital of New Orleans. She completed her doctoral training and dissertation research in clinical psychology and neuroscience.